Ever since the skateboard became mainstream, a lot of people have started using it in sports as well as a means of transportation. Over the years, more types have been created and different kinds of skateboards allow for different tricks. But did you know that the skateboard originated from surfers?

Yes, there’s a lot to know about skateboards and only a few of its users know about it. If you have a skateboard and you’re starting to figure out how to ride it, it might help you learn faster if you have an idea of the history of skateboards.

If you haven’t noticed it yet, some of the basic moves on a skateboard are a lot similar to the moves done on a surfboard. This is because the style of the former was patterned from the latter. It was even called “sidewalk surf” back then when people were looking for a way to “surf” on land. That is also why the skateboard is similar to the shape of a surfboard.

Because of its similarities, the early skaters could ride a board barefoot. Although you can still do that today, it is not advisable to ride a board without shoes. This is to protect your feet from getting injured in case of an accident.

During the 1950s, the first commercial skateboard was released. Instead of being a bare board, it used to have handles so that it was easier to steer. It looked like a wagon although the box-shaped body was in front. After a while, this box-like feature was removed and only the board remained.

Also, around the 1970s, skateboards were banned in the United States until the wheels were replaced with polyurethane. Polyurethane has made steering a skateboard a lot easier so when you try one now, you’ll find the ride to be a lot smoother and easier to maneuver.

It was also during the 1970s when skateparks were created. Skateparks became abundant in California and until today, they hold the world record for having the most number of skateboards. But before there was even any park to play in, skaters practiced moves and tricks in empty pools because the slope provided a great incline. In effect, skateboards became more popular among the younger crowd.

If you have a skateboarding background, then you have heard of the Ollie. The Ollie is the main and first trick every skater should know because it has become the basis of a lot of tricks. It all started with Alan “Ollie” Gelfand who created the trick in 1978.

He was just trying to do some tricks on a board during that time when he accidentally slammed the tail of the board with his foot. This trick now involves slamming the tail and leaping up where the board doesn’t “detach” from your feet.

So now that you know three things about the background of skateboards, how do you tie them all up together to help you learn faster?

You know that it originated from surfers, so if you have tried surfing, you can use the same body movements done on surfboards on skateboards. The waves can resemble the ramps that you will be trying out on your skateboard. Your knowledge of the materials used on old skateboards can also help you determine the perfect make for easier movements. Once you find the perfect skateboard, you can start trying out a few tricks like the Ollie. 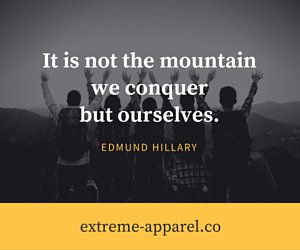